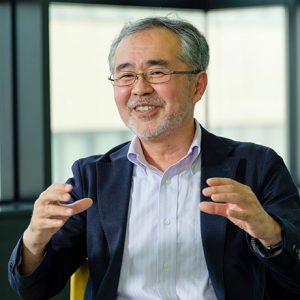 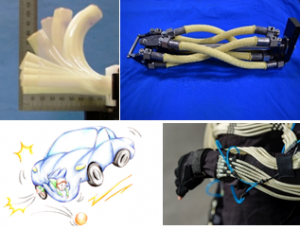 I have developed various types of new actuators and applied them to robots for about 30 years. This includes pneumatic, hydraulic, electromagnetic, piezoelectric, electrostatic, SMA, polymer, etc. As one of those activities, I developed a pneumatic rubber actuator in 1986 named Flexible microactuator, FMA, and applied it to medical and industrial robots. As the first part of my talk, I will talk how and why I started FMA, today’s soft robot, and what has happed until today. Based on my experiences, I will talk about my perspectives on soft actuators/robots based on an idea of E-kagen Engineering. E-kagen is an interesting Japanese word which has two opposite meanings; it means irresponsible, sloppy and unreliable and also moderate, adaptable and suitable. I think this word represents two aspects of soft actuators/robots well. Conventional actuators/robots reject these negative features while soft actuators/robots accept them and use them. This results in a great potential in engineering. I think soft robotics is a valuable change in robotics.

Koichi Suzumori was a Research Scientist at Toshiba R&D Center (1984 to 2001), a Research Scientist at Micromachine Center (1999 to 2001), and a Professor at Okayama University (2001 to 2014). He is currently a Professor at Tokyo Institute of Technology, a President of a start-up venture company, s-muscle, and a project manager of JSPS KAKENHI Project on Science of Soft Robots. 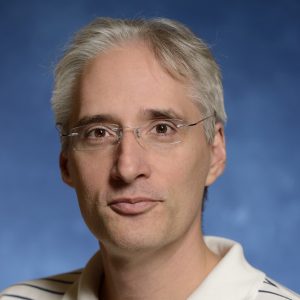 Soft and continuum robots have gained remarkable popularity in recent years. A multitude of interesting designs that have inflatable chambers and/or actuated fibers can cause soft robots to contort in a wide variety of ways. Moreover, they have the ability to passively conform to objects for grasping and manipulation with limited needs for active force control. This makes them ideal for physical human-robot interaction tasks, such as those required in assistive and eldercare applications. Despite recent clever designs, the methods used to analyze and predict the performance of soft robots often rely heavily on black-box finite-element (FEM) solvers. In other words, the soft robot is divided up into small voxels, and ancient laws of continuum mechanics are applied, as in engineering practice. Or, in the case of slender continuum filaments that have become popular in medical robotics, backbone curve ideas are adopted from the pre-existing literature on hyper-redundant robots (and sometimes re-branded as something completely new). In this talk, an extension of the `modal approach’ to hyper-redundant robot kinematics introduced in the speaker’s PhD dissertation from almost 30 years ago is combined with his previous work on parameterized closed-form deformations which locally preserve volume. This provides a potential alternative to FEM wherein the essential degrees of freedom are captured for incorporation in real-time control. Local volume preservation is to 3D soft robots what arclength is to 1D continuum filaments. Capturing this constraint in motion primitives provides a way to describe a rich set of deformations to model soft robots, as described in this talk.

Gregory S. Chirikjian is the head of the mechanical engineering department at the National University of Singapore. He received undergraduate degrees from Johns Hopkins University in 1988, and a Ph.D. degree from the California Institute of Technology, Pasadena, in 1992. Since 1992, he has served on the faculty of the Department of Mechanical Engineering at Johns Hopkins University, attaining the rank of full professor in 2001. Additionally, from 2004-2007, he served as department chair in that department. Chirikjian’s research interests include robotics, applications of group theory in a variety of engineering disciplines, and the mechanics of biological macromolecules. He is a 1993 National Science Foundation Young Investigator, a 1994 Presidential Faculty Fellow, and a 1996 recipient of the ASME Pi Tau Sigma Gold Medal. In 2008, Chirikjian became a fellow of the ASME, and in 2010, he became a fellow of the IEEE. From 2014-15, he served as a program director for the National Robotics Initiative, which included responsibilities in the Robust Intelligence cluster in the Information and Intelligent Systems Division of CISE at NSF. Chirikjian is the author of more than 250 journal and conference papers and the primary author of three books, including Engineering Applications of Noncommutative Harmonic Analysis (2001) and Stochastic Models, Information Theory, and Lie Groups, Vols. 1+2. (2009, 2011). In 2016, an expanded edition of his 2001 book was published as a Dover book under a new title, Harmonic Analysis for Engineers and Applied Scientists. In 2019 he received the ASME Machine Design Award. 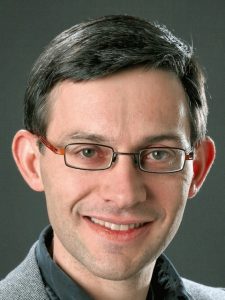 After two decades of research first in low-temperature superconductivity, then carbon nanotube transistors, followed by reliability of optical MEMS, and finally MEMS for ion propulsion of spacecraft, I found my home in the field of soft actuators about 10 years ago. My lab focusses on electrically operated mm-scale elastomer actuators for a broad range of applications, primarily wearable haptics and soft robotics. We are well known for our highly accurate fabrication processes, and for combining different physical phenomena to get the best from soft materials while avoiding the downsides. I will give examples of smart grippers, untethered robot insects, cell-stretching tools, and several compliant haptic devices using high energy density elastomer actuators.

Herbert Shea is a full professor at the Ecole Polytechnique Fédérale de Lausanne (EPFL) in Switzerland. He holds a PhD from Harvard University. After a post-doc at IBM’s T.J. Watson Research Center, and 5 years developing optical MEMS at Bell Lab, Herb joined the EPFL where he leads the Soft Transducers Lab (EPFL-LMTS). His research is centered on elastomer-based actuators for wearable haptics and smart soft robotics.

I have been intrigued and excited by the possibility of Soft Robotics, and have been working to make some radical ideas reality, for over 15 years. Initially this focused on actuation and sensors in artificial muscles. These only scratched the surface of what Soft Robots can achieve and what we, as researchers, need to do to advance the field. Core challenges of energy supply and storage, transduction, computation, and autonomy remain unaddressed. Now, in addition to actuators/artificial muscles and sensors, much of the work of the SoftLab Bristol is in the areas of multi-modal energy transduction, soft computation and soft learning systems. These have the potential to break the umbilical cord that constrains much of current Soft Robotic systems. Even more so than conventional rigid robotics, I see future Soft Robots as being ubiquitous, as common as any object or material in our daily life. In future, we will not even differentiate Soft Robots as a concept, simply because they will be on us, in us, around us, and working with us. In this talk I will overview some of these exciting concepts, highlighting what is missing and what needs to be developed to make Soft Robotics ubiquitous, giving examples from the latest research results from the SoftLab team.